New Mexico’s landscape might be desertlike, but nowhere near from uninteresting! There is a lot to see along those 380km that link Albuquerque to the White Sands. Starting from Albuquerque, we took the I-25 down to San Antonio, passing (and stopping) through Socorro. Home of the New Mexico Institute of Mining and Technology, the Karl G. Jansky Very Large Array (a radio astronomy observatory which is part of the National Radio Astronomy Observatory) and one of the hardest golf course in the world (the Elfego Baca Golf Shootout), it even has a M Mountain!

From San Antonio we took the road 380 towards the East; more than 100km driving with only 2-3 ranches on the horizon but passing “next to” the Trinity Site, where the first nuclear weapon was detonated in 1945. Just before reaching Carrizozo, we cross the Malpais Lava flow, which you can clearly see from a satellite view. Finally, we headed south again to Alamogordo and the White Sands National Monument. Nearby, the White Sands Missile Range hosts every year the Bataan Memorial Death March, honouring soldier defending the Philippine Islands during WWII, which brought, this year, 7000 people to the town.

As contradictory as it might sound, the National Monument is sometimes closed to public due to missile tests run by the Holloman Air Force Base situated just next to it! But if it is open and you feel somehow adventurous, there’s a possibility to camp within the monument, but you have to get there early in the day as only 10 primitive campgrounds are available and all taken by latest 1pm! 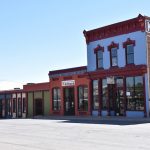 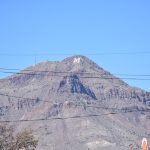 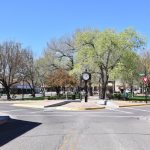 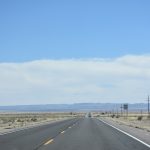 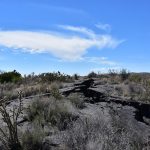 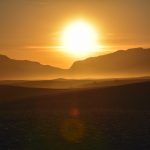 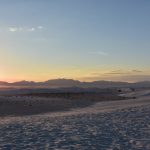 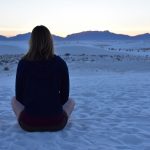