From Wyoming @ Central all the way down to Downtown… A walk you have to take if you want to feel the American way of advertising! This avenue is a lively street with all possible shops (supermarkets, barber shops, motels, restaurants, cafes, art and clothes stores,…). This street passes through the Old Town, Nob Hill and also links Downtown to the University of New Mexico and is, therefore, used by a great number of commuters and is still considered as the main street of the city.
Three bus lines, two of which are rapid lines, are currently serving this section. People believing in a future for public transports, a new line is being built; the ART. This line, which will have its own lane except for some sections where it will use mix traffic route, will connect Central @ Unser Transporter Center to Coronado Center or Central @ Tramway. But there is a division of opinion regarding the construction work. Part of the population is pleased that public transport is in full development, but another is afraid that the accessibility to businesses in car and the possibility to park on the sides of the road will affect the economy itself. 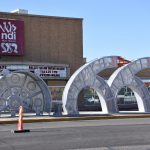 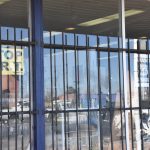 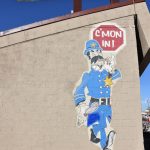 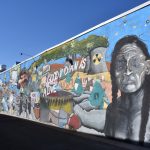 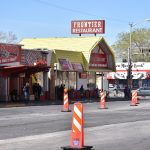