The Isle of Portland is situates below Weymouth, the two being separated by Chesil Beach. The beach and The Fleed, the lagoon, are part of the Jurassic Coast and a UNESCO World Heritage Site.
The isle is also well-known for its stone, used for the construction of many famous buildings, including the United Nations Headquarters in New York, St Paul’s Cathedral and Buckingham Palace in London.
Another big human construction is the Harbour, one of the largest man-made in the world! It also hosted the 2012 Olympic Games.

We didn’t visited the northern part of the isle but only drove through to the west side of Southwell. From there we joined the SW Coast Path again, and walk down to the Portland Bill Lighthouse, and then up to the east side of Southwell, and drove back to Weymouth. That path offers a great view of both sides of the Jurassic Coast, and many different sceneries.

Portland is also suitable for climbing, it has many spots, for beginners and advanced! 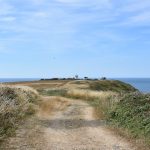 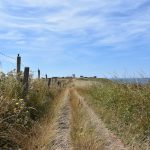 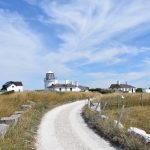 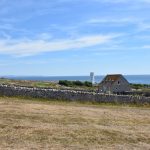 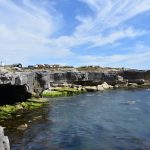 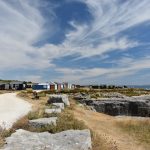 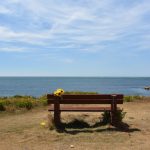 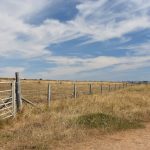 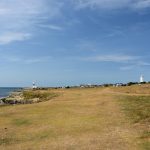 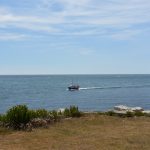 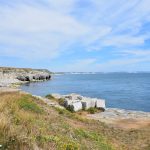 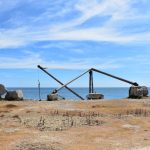