Exeter is probably the most interesting city of our trip from a historical point of view. It was once a Roman City, has the City status , was renowned for its wool commerce and is now considered as the second most important english architectural heritage. Another curious fact: its houses lie on underground passages. Pipes were built to enable the provision of clean river water into the city. As they would leak, they had to be dug up to be repaired; therefore, Underground passages were burrowed to ease their access.
Like lots of other cities in that region, Exeter was bombed during WW2 and it’s architectural and historical heritage was severely affected.

Exeter is also well-situated for numerous day-trips including the Dartmoor National Park (between Plymouth and Exeter).

Gallery:
The house that moved, one of the oldest house in Exeter, was moved so it wouldn’t disturb the construction of a new road.
The Royal Clarence Hotel is the oldest hotel in England and was opened in  1769. Unfortunately it was completely destroyed by fire in 2016, but is expected to reopen for 2019. 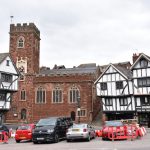 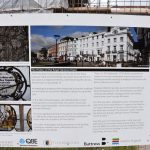 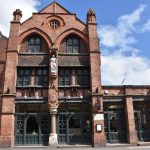 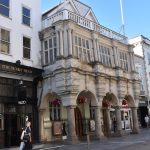 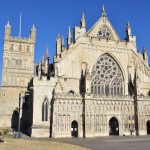 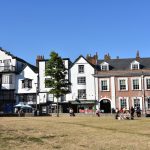